The recipe calls for coconut meat but I am suggesting alternatives.

The Bohemian listens, though he’s not convinced. Why not stick to the recipe when your house is surrounded by coconuts?

My hesitation comes from the fact that I am without the proper tool for harvest. Absurd as it is to be living in the tropics without it, I lack one sharp and sturdy machete. The Bohemian does not see this as a problem.

He surveys my cupboards, gathers alternate tools and heads confidently to the trees. I surrender and follow. Watch him husk the first nut in methodical precision with a kitchen knife (it was dull anyway).

While he skillfully pulls back husk layers, Jeb tries to crack open a younger nut with a hammer claw, his t-shirt soaked with fresh coconut water, his eyes alight with primal delight.

I leave them, briefly. Go double check the recipe. Return again to find four perfectly round coconuts, bare and waiting to be cracked.

The Bohemian laughs. “This is my first time opening a coconut with a hammer.”

I notice I’m hardly wary. Good god, I’ve almost nearly given up all skepticism of this man.

He proceeds thoughtfully, his deft hands offering the perfect taps to crack the shells.

We pour the sweet coco water into a jar and open the shells in half to reveal the thick, white meat. It’s the exactly what the recipe calls for.

Back in the kitchen, I’m thinking it’s just too hard to separate the meat from the shell. I try pressing the white to the grater but there are curves and shell and I make a pile of messy shavings.

The Bohemian sees my attempt and softly takes the chunk from my hand. He doesn’t bend the butter knife as he pops the meat from the shell in less than a minute. And in less than 10, we have a pile of freshly rinsed coconut meat, waiting to be grated. More than enough of what we need.

Jeb is dancing around the living room, high and happy on coconut water.

The Bohemian is sampling the crust from my spoon and smiling in approval.

I affirm, “I’m glad you persisted on the coconut meat. I was ready to give up because it all seemed too hard.”

He’s back to washing dishes, speaking toward the sponges. “Nothing’s too hard.”

Jeb tumbles in a flip from the end of my bed.

My mother’s gaze glances quickly to him, then sideways, to the back of the Bohemian, where he stands at the sink, rinsing.

I notice it again. Almost nearly…

I steady myself with Now. Take a breath. Put a chunk of coconut in my mouth so I can savor the flavor. Who knows when I’ll taste this again.

I silently chant my mantra of the present, as he says, “I’ve got at least three machetes, I should just leave one over here.” 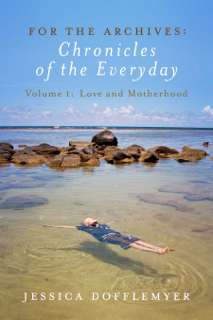