They say the way to a man’s heart is through his stomach.

I guess after all of my Women’s Studies classes in college, I concluded that men need to feed themselves. In fact, my fantasy involved a man who expertly executed a delicious meal for me.

Hence, my culinary skills were never fully honed, and I skated through the feeding of my finicky son for his first five years with tofu dogs and bean burritos.

My brother gently commented once, during a visit with his single-mother-of-a-sister, “You know, Jess, you might want to brush up on your cooking skills. It’s a pretty nice thing to be able to do.”

I knew what he meant. He wasn’t being, exactly, 1950’s about a woman’s place in the kitchen, but he was suggesting that it doesn’t hurt to woo a man with a decent meal.

Though I bristled, his words lingered.

Over the years, I’ve observed the most independent of women, in relationship with kind and progressive-thinking men, consistently being the primary cook in the kitchen. Some spend their days as a joined force with their beloveds – digging in the dirt, working heavy equipment, managing livestock – and when the day is through, they wash the dirt from their hands and dig right in to meal preparation.

Seems to me she’s got double the workload and responsibility – often, unquestioned. An act I’ve both admired for its selflessness and doubted in its ‘fair’ness. How is it, that when it comes to feeding time, so often all eyes are on Her?

This issue of fairness, assumption and antiquated mores, has actually had me rebelling from the kitchen…until now.

“When people have food, they’re happy.” That’s what the Bohemian says.

And I know he’s right. As soon as Jeb comes home from school, I arrange a bevy of snacks for him, knowing that his caloric intake will strongly influence the afternoon’s mood. When the Bohemian comes home at the end of a day on the land, I know what he needs is nourishment.

One could argue I don’t always have to be the one to provide it. Early on in our relationship I made this case. I had worked all day, too. Why was I the one that was thinking about what was for dinner and how much time I had to make it?

The Bohemian’s response was genuinely simple, as usual. “Do what you like. If you don’t want to cook, don’t.”

And he means it. Though he reminds me that “When I’m cooking, no one’s eating.”

This is true. I’ve always remembered the time he added left over oatmeal to a smoothie (I turned up my nose and wouldn’t even try it).

I appreciate his willingness to experiment (results, sometimes, are golden) but I’ll admit I’d rather eat my own creations. Not to mention, the snail’s pace at which he works in the kitchen. He may have the presence of a saint, slicing a carrot to beautiful perfection, but dinner won’t be ready for hours!

Over the time we’ve been together, I guess I’ve softened my stance. Watched myself fall into old-fashioned customs that both satisfy and mystify me.

I’ve discovered that I take great pleasure in ladling steaming soup into their bowls, or pulling warm bread from the oven. I enjoy conjuring the scents that drift through the house and watching smiles spread over their faces.

It does feel good to feed them.

So what’s this pleasure I feel with housewifedom? Seems I’m happy to situate myself inside Her time-worn box…but, hey…only of my own accord, mind you.

Let no assumptions corner me in those housewife quarters!I’ll step out whenever I want to.

I can see the Bohemian watching me with a puzzled smile. I can make things so complicated. It’s just food. But I’m still figuring it out.

I’ll take his cue and try to keep it simple.

Food makes people happy. Eat well, enjoy and be grateful. Find the art in food creation. Make it with love.

So after, what I know, has been a long week of heavy work for the Bohemian, I try to offer up a little sweetness. Bake a chocolate cake. Serve something hearty, like steak and potatoes. Let the house fill with the smell of roasting garlic and warm chocolate.

I’m cooking up fresh recipes. Finding a new way to my own heart. Feeding my family. 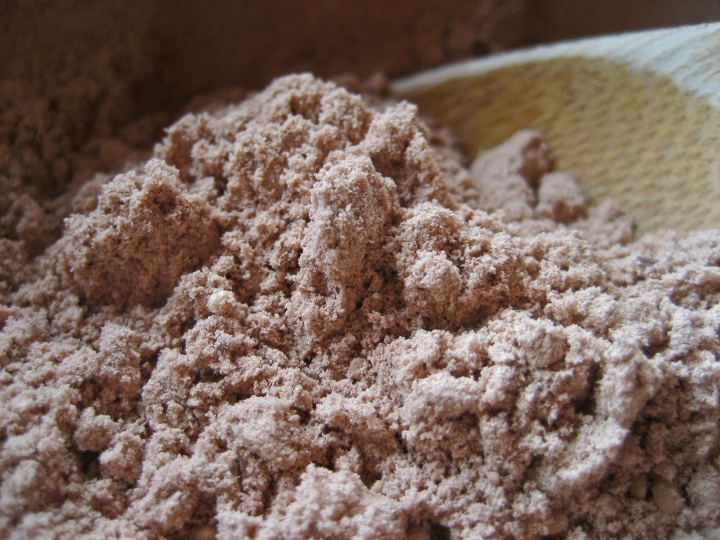